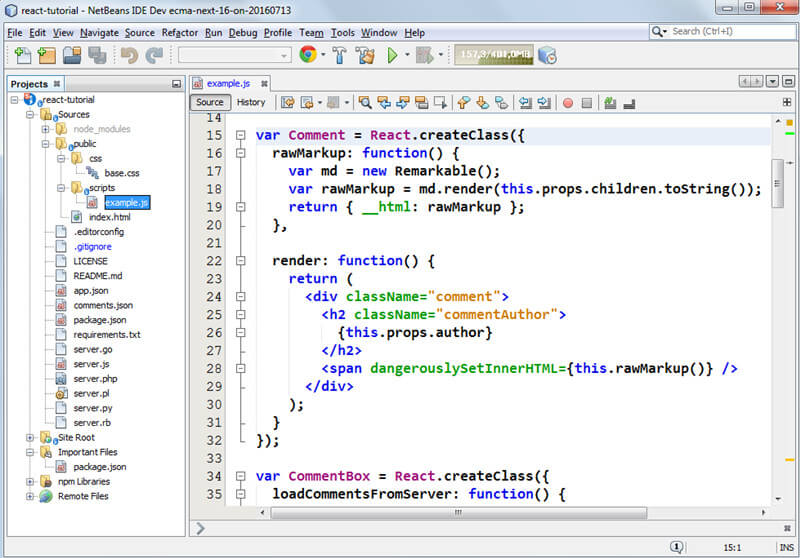 As much as I understand, it is the equivalent of a C struct. Is that true? Also, is there a real syntactic difference between a bean and a regular class?

Is there any special definition or an interface? A JavaBean is just a standard.

With respect to Serializable , from the API documentation :. Serializability of a class is enabled by the class implementing the java.

Serializable interface. Classes that do not implement this interface will not have any of their state serialized or deserialized. All subtypes of a serializable class are themselves serializable. The serialization interface has no methods or fields and serves only to identify the semantics of being serializable. In other words, serializable objects can be written to streams, and hence files, object databases, anything really. Also, there is no syntactic difference between a JavaBean and another class -- a class is a JavaBean if it follows the standards.

There is a term for it because the standard allows libraries to programmatically do things with class instances you define in a predefined way. For example, if a library wants to stream any object you pass into it, it knows it can because your object is serializable assuming the lib requires your objects be proper JavaBeans. As for Serializable : That is nothing but a "marker interface" an interface that doesn't declare any functions that tells Java that the implementing class consents to and implies that it is capable of "serialization" -- a process that converts an instance into a stream of bytes.

Those bytes can be stored in files, sent over a network connection, etc, and have enough info to allow a JVM at least, one that knows about the object's type to reconstruct the object later -- possibly in a different instance of the application, or even on a whole other machine! Of course, in order to do that, the class has to abide by certain limitations. Chief among them is that all instance fields must be either primitive types int, bool, etc , instances of some class that is also serializable, or marked as transient so that Java won't try to include them.

This of course means that transient fields will not survive the trip over a stream. A class that has transient fields should be prepared to reinitialize them if necessary. A class that can not abide by those limitations should not implement Serializable and, IIRC, the Java compiler won't even let it do so. JavaBeans are Java classes which adhere to an extremely simple coding convention.

All you have to do is to. The JavaBean class must implement either Serializable or Externalizable. As for the Serialization, see the documentation. Fields should be private for prevent outer classes to easily modify those fields. Java Beans are using for less code and more work approach Java Beans are used throughout Java EE as a universal contract for runtime discovery and access.

You will find Serialization useful when deploying your project across multiple servers since beans will be persisted and transferred across them. Java Beans is a standard, and its basic syntax requirements have been clearly explained by the other answers. However, IMO, it is more than a simple syntax standard. The real meaning or intended usage of Java Beans is, together with various tool supports around the standard, to facilitate code reuse and component-based software engineering, i.

Unfortunately this technology is way under-estimated and under-utilized by the industry, which can be told from the answers in this thread. If you read Oracle's tutorial on Java Beans , you can get a better understanding in that.

The class must have a public default constructor with no arguments. This allows easy instantiation within editing and activation frameworks.

The class properties must be accessible using get, set, is can be used for boolean properties instead of get , and other methods so-called accessor methods and mutator methods according to a standard naming convention. This allows easy automated inspection and updating of bean state within frameworks, many of which include custom editors for various types of properties. Setters can have one or more than one argument. The class should be serializable.

Regarding the second part of your question, Serialization is a persistence mechanism used to store objects as a sequence of signed bytes. Put less formally, it stores the state of an object so you can retrieve it later, by de-serialization.

It is a reusable software component. It can encapsulate many object into one object so that same object can be accessed from multiples places and is a step towards easy maintenance of code.

They are serializable, have a zero-argument constructor, and allow access to properties using getter and setter methods. The name "Bean" was given to encompass this standard, which aims to create reusable software components for Java.

Good to note the serialVersionUID field is important for maintaining object state. Below code qualifies as a bean:.

Many other answers actually have the what but not so much why of them. They were invented early on in Java as part of building GUIs. They followed patterns that were easy for tools to pull apart letting them create a properties panel so you could edit the attributes of the Bean.

In general, the Bean properties represented a control on the screen Think x,y,width,height,text,..

Over time these became useful for lots of tools that used the same type of access For example, Hibernate to persist data structures to the database. Now most systems don't require beans, they can take any plain old java object with annotated properties to tell them how to manipulate them. Now I see beans as annotated property balls--they are really only useful for the annotations they carry. Beans themselves are not a healthy pattern. They destroy encapsulation by their nature since they expose all their properties to external manipulation and as they are used there is a tendency by no means a requirement to create code to manipulate the bean externally instead of creating code inside the bean violates "don't ask an object for it's values, ask an object to do something for you".

Using annotated pojos with minimal getters and no setters is much more OO restoring encapsulation and with the possibility of immutability.

Let's have fun with our bean... Let's add a property!

By the way, as all this stuff was happening someone extended the concept to something called Enterprise Java Beans.

These are To understand JavaBean you need to notice the followings: JavaBean is a conceptual stuff and can not represent a class of specific things. JavaBean is a development tool can be visualized in the operation of reusable software components. JavaBean is based on the Sun JavaBeans specification and can be reusable components.

Its biggest feature is the re-usability. A bean is a Java class with method names that follow the Java Bean guidelines also called design patterns for properties , methods , and events. Thus, any public method of the bean class that is not part of a property definition is a bean method.

The container must be able to instantiate it; thus, it must have a public constructor too. 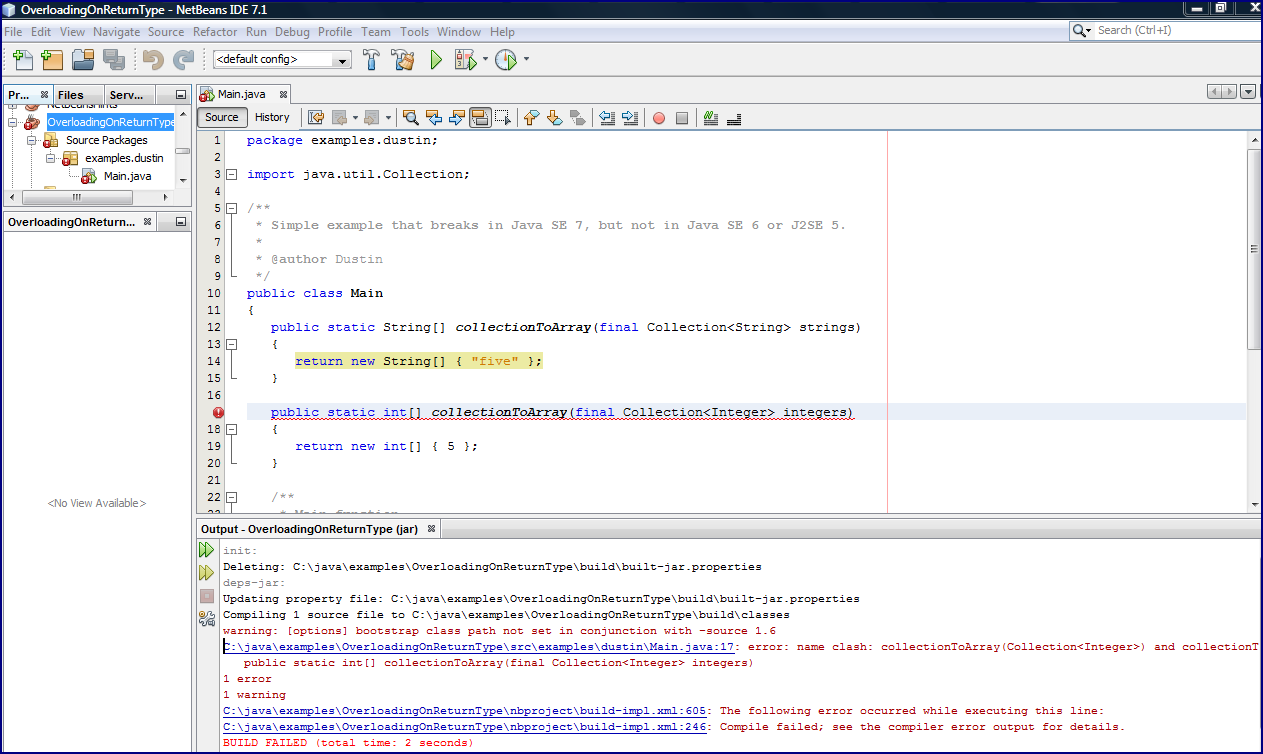 If you could provide a file with extension. Otherwise, the bean must have a public zero-args constructor, either explicit or default. If no class implementing the interface BeanInfo or extending a BeanInfo implementation , SimpleBeanInfo class, is available, the introspection involves using reflection implicit introspection to study the methods supported by a target bean and then apply simple design patterns the guidelines to deduce from those methods what properties, events, and public methods are supported.

A bean needs to be instantiated anyway even if no implicit introspection is carried on it. Thus, the requirement of a public zeri-args constructor. You don't need a special tool and you don't have to implement any interfaces.

Writing beans is simply a matter of following certain coding conventions. All you have to do is make your class look like a bean — tools that use beans will be able to recognize and use your bean. Say, a bean constructor has some parameters. Suppose some are simple types.