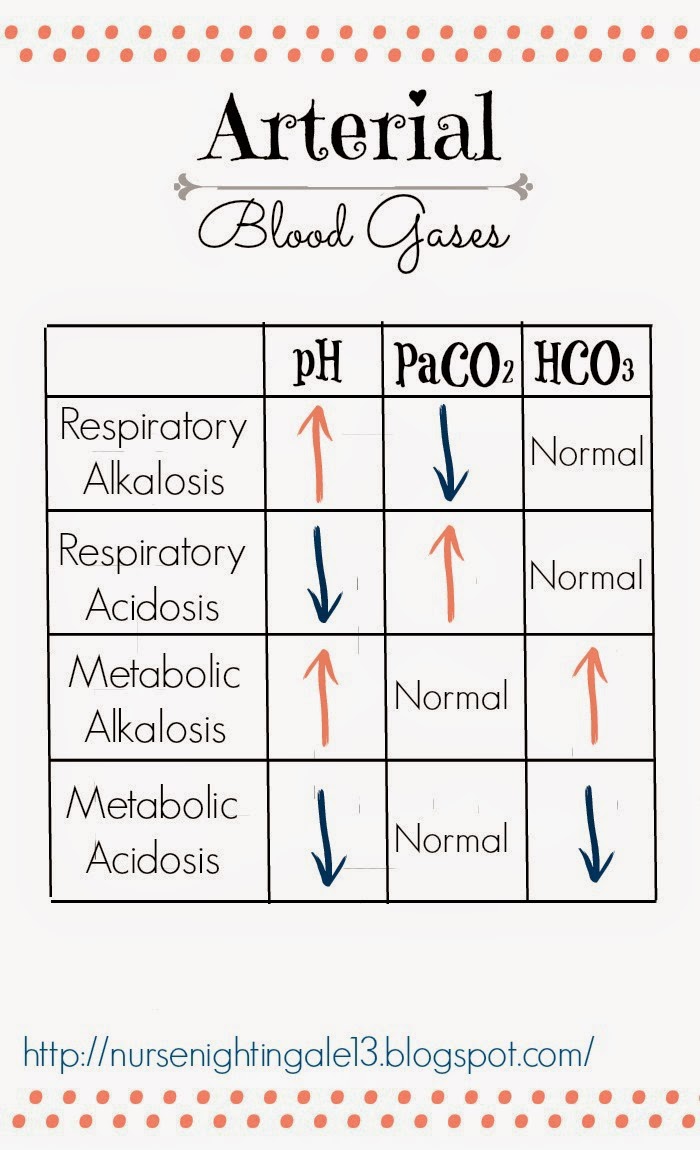 Their impact on acid-base homeostasis has not been examined. We investigated the impact of dose and duration of parenteral amino acids, with cysteine, on acid-base parameters in low birth weight infants. Data from thirty infants matched for birth weight, and gestational age and receiving parenteral nutrition during the first five days after birth were also obtained. 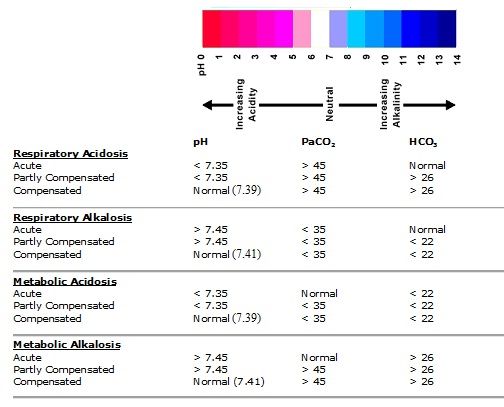 Acidosis was evident in all infants between 2 and 5 days after birth. Low birth weight infants develop metabolic acidosis between days after birth irrespective of dose and duration of parenteral amino acid administration.. Careful management of parenteral fluids and co-morbidities may lower the incidence of acidosis and promote protein accretion.

The association between early parenteral amino acid administration at 1. The data show that all LBW infants develop metabolic acidosis independent of amino acid dose between days after birth, which is exaggerated by associated co-morbidities.

Although born appropriate for gestational age, postnatal growth restriction has been consistently observed in low birth weight infants 1 - 3. Postnatal growth failure in premature infants has been attributed to protein and energy deficits accruing over the duration of hospital stay 4. Therefore greater emphasis has been placed on early aggressive nutritional care of these babies in order to prevent postnatal growth retardation. A number of investigators have suggested that parenteral nutrition should be initiated as early after birth as possible and parenteral amino acids be administered at Only few studies have examined the safety of early and aggressive administration of parenteral amino acids to low birth weight infants.

A recent publication by Braake et al showed that prematurely born infants tolerated parenteral nutrition containing 2. In their study, the amount of parenteral amino acids provided were lower than the current recommendation 8 , and acid base parameters were only monitored once a day.

The impact of other factors affecting the acidbase status in premature infants was not explored. 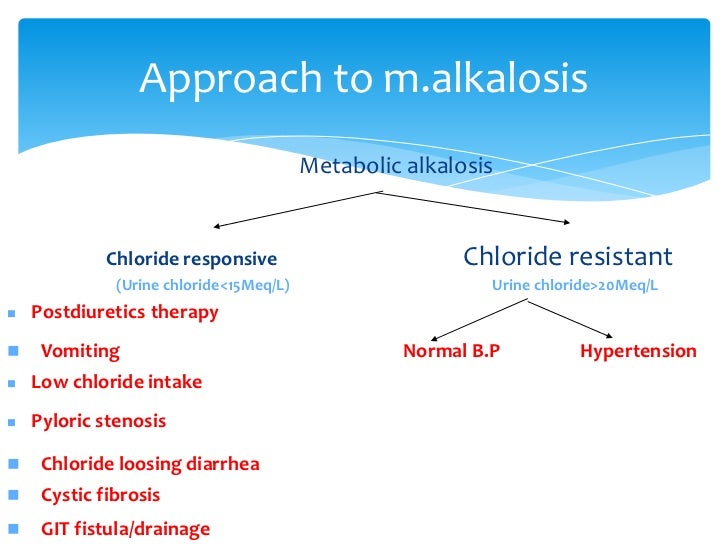 We examined the dose-response relationship between duration, short 5h , extended 24h and prolonged days , and dose 1. In addition, we examined the effect of acuity of illness, and clinical morbidities on the above parameters, specifically in relation to age at initiation of parenteral nutrition.

Therefore, we hypothesized that changes in acid base status in premature infants will be the consequence of associated clinical morbidities, and that early initiation of parenteral amino acids will not impact their acid-base status. Prospectively obtained laboratory data from our published 16 - 18 and unpublished physiological studies of glutamine metabolism and that obtained from chart review of a matched case-control group were examined.

The impact of duration 5h, 24h, and days of parenteral amino acids at 1. Babies with congenital anomalies or with birth asphyxia were excluded. All study protocols were approved by the Institutional Review Board. The details of the kinetic studies protocols have been reported 16 - Briefly, preterm infants were randomized to receive parenteral amino acids either at 1. Babies were studied between d or between days of age. However, since there was no significant difference in their laboratory parameters, their data have been combined for analysis.

Data in the early high amino acid group were collected between days of age Table 3. Eight infants in this group developed clinical co-morbidities and could not continue the study protocol withdrawn , while the other 13 completed the study completed. Their data were collected from the review of clinical records. They were receiving parenteral amino acids at 1. Infants received parenteral amino acids either at 1.

Early high amino acids: 3. Completed: continued on 3. Withdrawn: developed clinical complications and did not continue on this protocol. All decisions regarding clinical management, intravenous fluids, glucose, intralipid, electrolytes, minerals and trace elements in the parenteral nutrition, ventilatory support, use of vasopressor, etc.

The data were obtained prospectively, except those from the matched control group which was collected later. Severity of respiratory distress syndrome was graded independently by the pediatric radiologist. The duration of ventilator support IMV , including the duration of oxygen supplementation, was recorded.

Daily weight was obtained and the percent weight loss during the first days after birth was determined. Total intravenous fluids administered, energy intake, glucose load, intralipids, amount of parenteral amino acids, and the amount of cysteine added to the parenteral nutrient mixture were recorded daily for the first five days after birth or for the duration of the study protocol.

Venous and capillary blood gas parameters were not included in the data collection. Serum electrolytes and blood urea nitrogen were obtained daily starting on the second day after birth as per clinical practice.

Similarly, averages for each day and composite averages for serum electrolytes were determined. Nominal data was analyzed using sign test and ordinal data using the Wilcoxon signed rank sum test. Analysis of variance was used to compare the data within and between the groups. A stepwise regression model was developed using pH on day 3 and day 4 as a dependent variable and a number of factors birth weight, gestational age, weight loss during the first five days after birth, total amount of intravenous fluids administered, patent ductus arteriosus, and the amount of cysteine added to TPN that might affect pH as independent variables.

Clinical characteristics of infants enrolled in the previously reported studies 16 - 18 are summarized in Table 1. Birth weight, gestational age and the score of neonatal acute physiology SNAP , an indicator of severity of acute illness, were not different among babies recruited in different study protocols.

The impact of amino acid load 1. An increase in parenteral amino acids to 3. Similarly, infusion of amino acids at 3. Arterial PaCO 2 , serum chloride and bicarbonate, anion gap and blood urea nitrogen were not different between the study groups.

The concentration of blood ammonia was within the normal range in babies receiving 3. Their clinical characteristics along with matched case-controls are shown in Table 3. As per the study protocol, babies in the study group received a higher amount of amino acid load and consequently a higher amount of cysteine added to the parenteral amino acid solution Table 3. Sequential change in acid base parameters during the first five days after birth in the study group and matched controls are shown in Table 4.

Babies included in the study showed a progressive decline in arterial pH with nadir on day 5 after birth. Babies matched for birth weight and gestational age Controls and receiving lower doses of parenteral amino acids, as ordered by their primary care providers, also demonstrated a similar change in arterial pH with postnatal age.

There were no differences in PaCO 2 , serum bicarbonate, serum chloride, and anion gap within and between the groups.

Sequential changes in acid base parameters of early high amino acid group and controls. There was no change in serum sodium levels with advancing postnatal age.

Intravenous fluids were increased in all the groups during the first five days after birth. There were no significant differences in total volume of intravenous fluids administered between the groups.. Analysis of individual cases revealed that the nadir in pH corresponded to the diagnosis of large PDA, and the use of bicarbonate to treat acidosis.

Importantly, the dose or duration of parenteral amino acid and cysteine did not seem to impact arterial pH acidosis. Defects in urinary acidification, together with a number of other factors, such as infections, hypotension, inappropriate administration of intravenous fluids, higher insensible water losses and decreased tissue perfusion contribute to metabolic acidosis in premature infants.

In such a complex situation, it is difficult to ascertain whether parenteral amino acids worsen metabolic acidosis in premature babies. In this study, we examined the interaction between a number of factors to identify the potential contributors to acidosis, specifically the impact of dose and duration of parenteral amino acids.

Majority were non-salt amino acids except lysine and cysteine which were added respectively as acetate and hydrochloride salt.

Although the titratable acidity, the amount of blood buffers consumed in vivo to titrate the infusate pH 5. Trophamine is a balanced amino acid solution containing mmol. L -1 of cationic amino acids Arginine, histidine and lysine and mmol. L -1 of anionic amino acids glutamic acid and aspartate plus acetate. Babies in the present study demonstrated a normal anion-gap metabolic acidosis with advancing post natal age nadir on day Few limited studies have examined the reasons for such a metabolic acidosis.

Sato and colleagues 13 showed that low birth weight infants have a higher urinary pH, higher fractional excretion of bicarbonate, and most importantly lower urinary ammonium excretion rate persisting even on days after birth. They suggested that insufficiency of ammonium excretion was the main cause of metabolic acidosis in the early neonatal period Exclusion of infants who had been on indomethacin, receiving parenteral nutrition or receiving ionotropic drugs, in their study had led to the selection of babies without common clinical confounders.

In contrast, we included all babies, irrespective of clinical co-morbidities. Metabolic acidosis in the present study occurred independent of the amount and duration of amino acids infusions and the dose of supplemental cysteine, suggesting that factors other than parenteral amino acids contribute to the development of acidosis.

A recent study has shown that administration of 2. Our data are robust in that we determined the dose response relationship, examined sequential changes in blood gas and serum electrolytes in response to a higher currently recommended dose of parenteral amino acid for a prolonged period and examined the impact of cysteine load, and other co-morbidities.

Patent ductus arteriosus PDA becomes clinically manifest with improvement in pulmonary compliance. We speculate that in premature infants, renal tubular immaturity, hypoperfusion and hypotension, accompanied by clinical interventions used to treat PDA, may have resulted in a decrease in pH at an earlier postnatal age. The present study underscores the complexities involved in identifying the cause of metabolic acidosis in a rapidly changing clinical situation, i.

Since blood pH is a labile parameter influenced by clinical state and confounding complications PDA, hypovolemia etc , and equally important clinical interventions, it is difficult to identify the cause of change in pH. Infact, the investigating committee appointed by the IRB found it difficult to manage the large amount of clinical and laboratory data obtained in these studies and resolved to identify acidosis based upon administration of bicarbonate by the clinician.

They were not able to attribute bicarbonate administration to any identifiable clinical parameters.