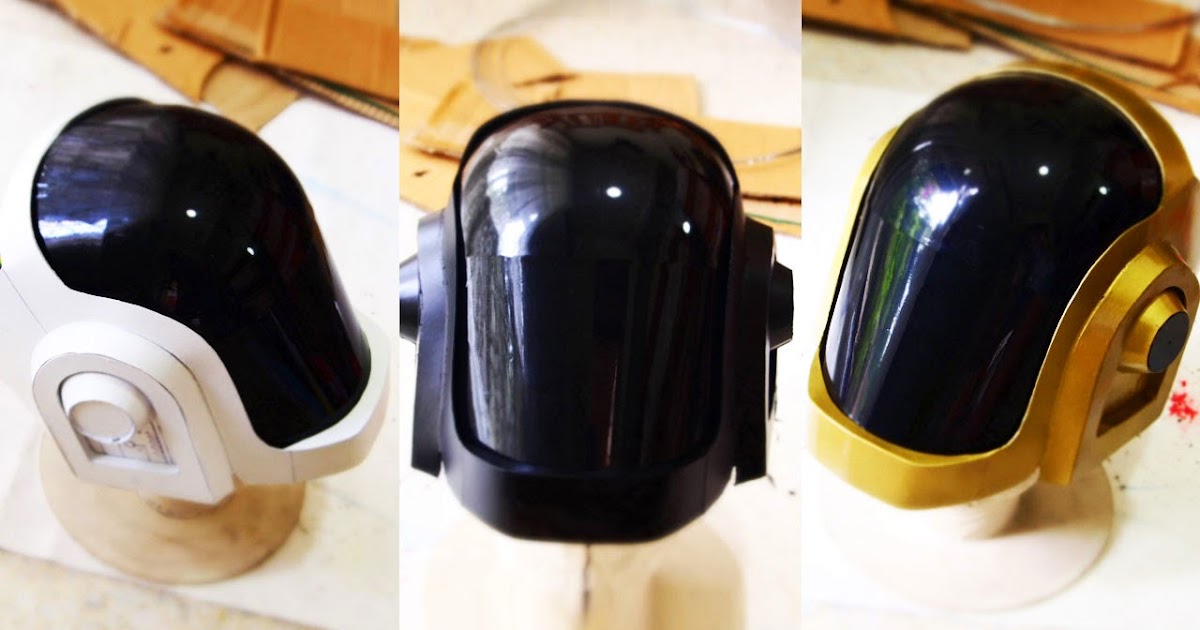 I am by no means a professional. I do this because i love to build things, not because i am good at it. Honestly, most of this project was fixing problems because of things i did that i had no clue how to do.

There are a lot of things i would change for next time, and i have included them in this instructable so that you don't make the same mistakes I did. Have fun building! The jacket and gloves are at the bottom as well as more pics of the finished product. Did you use this instructable in your classroom?

I was initially going to do it another way, but decided otherwise in hopes of making multiple the initial way did not require a mold. I then cut a slit down the middle of one until it was about an inch from the end. I connected the two as shown in picture 1.

I then taped paper across the gaps and duct taped them to provide extra strength as shown in pic 3.

I just spray foamed over the top of the paper base and got a rough shape. It would be better to do it systematically rather than how i did it, which was completely random :P. Once it was well covered, I shaved off the excess foam until i got a rough shape like the first picture. To do this, i used some sort of industrial cheese grater looking thing, i don't really know what its called. I wouldn't recommend that. I covered the entire foam model with air drying clay and let it dry for a few days.

I did another coat to cover the cracks that occurred after leaving it in the cold overnight, and i left it in my living room with the fire on as sort of a joke last pic so that wouldn't happen again.

Then i shaved off the back areas where the helmet is recessed a little bit, but this would have been easier if the original foam area was shaped accordingly. After that I cut out the ears with a jigsaw after a few drawings and re-drawings of the ear design on the side of the sculpt. This is when i started building up the recessed areas in the clay due to errors on my part.

Apoxie sculpt is really good for building, whereas bondo is really good for smoothing and detail work. That said, i had to use a lot of both to get the sculpt to look anything like the real helmet. Once you do one pass of apoxie sculpt, sand it down, see where you need more, and do it again, maybe 2 or 3 times.

In some of the pictures you can see that i put clay and apoxie sculpt on the parts i shaved off earlier. For my purposes, it was not really necessary to work very hard on the last bottom section, as that will be cut out in the final product anyway. This is probably the most time consuming part of making the master sculpt. It involves a lot of coats and passes with bondo and a putty knife and countless hours of time. Just do one rough coat, sand it down, do another coat, and another, and another And even though the curing time for bondo is labeled as 30 mins or so, i would give it at least and hour, maybe two if youre doing thick coats, as the underside can still be wet when you go to sand.

This isn't a big problem when you get to the finer coats. After three or four coats, when things are starting to look pretty smooth, coat the whole thing in a sandable primer to really accentuate the imperfections.

Do a few more coats of bondo over these spots, and after about coats, it should be really smooth.

Oh, and the last two pics are when the primer is wet, not dry. I traced a template from the existing hole for the ears and trimmed out the shape out of wood. I inserted it using a lot of hot glue. Before you do though, make sure it is either very accurate to your template or make another template of the wood piece.

You will need this for the base of the ears. Basically, it is unneeded, but it does save some money in apoxie sculpt. 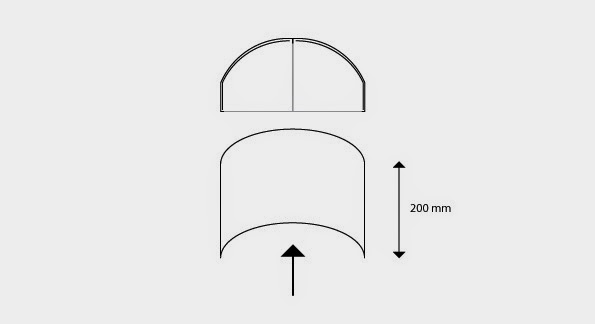 It doesn't sand though, so don't use too much. Apoxie sculpt, on the other hand, sands very well, so more is better when it comes to building up these areas. Once the apoxie sculpt is semi-smooth, coat it with more bondo :D.

You'll either love this stuff or hate it at the end of the project. Hit the whole thing with a coat of primer afterwards and do the same as the smooth visor in terms of bondo coats. Once everything is super smooth except the ear bases, those will be covered , I hit it with another coat of primer just to keep things neat looking.

First, I cut out the shape from the template i traced earlier. Then, using a jigsaw and a dremel tool with a really big bit not a good idea , i cut out the inside where the chip design is see pic 2. Then, i adjusted my jigsaw to a 30 degree angle and cut around the outside to make the slant.

This was to provide for an inset chip design area.

Using a dremel tool and a centerpunch basically a metal point , i made the design on both ears. I used a very thin piece of wood from our scrap pile left over from our cabinets to provide some room for error if I screwed up. 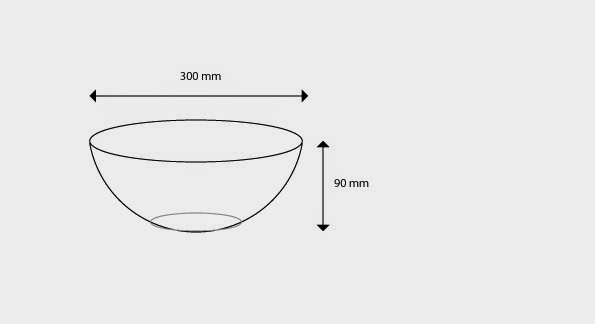 The ear circle piece was made using the 15 degree angle setting on the jigsaw after tracing out the circle with a nail, some string, and a pencil hence the small hole in the middle.

This would be easier with a lathe I think, but i don't have one and i have never used one, so i stuck with the jigsaw. After scratching up the backs of both surfaces of contact the back of the ear and the ear plate on the sculpt , I used woodglue to secure the ears in place. Before that, I trimmed out a small recess all the way around the ear and up to the middle back recess, as seen in the last few pics. I coated all the wood in bondo to make it smoother and prevent the silicone from copying all the grain of the wood.

I was also unsure if the specific type of wood would prevent sililcone curing, but it wasn't an issue. You can buff the whole thing with wax or something if you want for a really smooth finish, but i didn't because of my deadline. Less than four weeks to go at this point. First, i brushed on a coat, careful to get in all the details, especially the ears. Silicone is pretty easy to work with, but it gives your hand quite the workout when trying to stir it its slightly thicker than honey. I did three more coats without thickener for two reasons:i didnt have enough to cover the whole thing with a thickened coat, and two: i had forgotten to get some and there was no time to wait for it to ship to me.

So i had to deal with a flimsy, thin, silicone deflated balloon, basically. Definitely get more silicone if you do this, as I only got one trial size 2 lbs and that was not enough. It worked out in the end though.

After the silicone cured, i made a fiberglass mold jacket to hold the mold in place while casting. Two coats of fiberglass worked well.

I held them together with clothespins, which worked well enough. This is where it starts to come together. The way i did my project, i couldn't put it on my head until i had made a cast, so this was the exciting part.

As it turns out, I suck really bad at slush casting, so my initial casts were not great.

But, because of the time constraint and the fact that I had very little money left at this point, i could only get 4 lbs of EasyFlo 60 casting resin. This provided me with two casts, neither of which were great, but neither of which were unsalvageable. The biggest problem with my casting was deformations in the silicone mold when i tilted the assembly sideways.

The upper side would cave in and not return to its original position, i think mostly because of the super thin, flimsy nature of the silicone mold i had made. Hopefully your casts come out much better and you wont have to do any touch up work! Using even more apoxie sculpt and bondo, I managed to salvage the casts I had made by filling in the major dents and deformations. After it was really smooth again with the same process , I hit it with a final coat of primer to make it uniform.

Unfortunately my pictures begin to fade in numbers at this point because i believe that the painting took place about one week before the deadline. I trimmed out the visor area and the two back panels with a dremel tool, and painted the back piece gold along with the rest of the helmet. I used two coats of gloss gold paint for this. The last picture is the visor part on my thermoform machine, covered later. I did sort of a sloppy job on this part, partly because this was about 5 days before the deadline and partly because the shape of the piece was not square and required some gaps between the tops of the wires.

I just cut a lot of sections of wires in different colors and used some reference photos to arrange them.

I used a little too much hot glue to attach them. This whole assembly was attached to the main cast with about ten sticks of hot glue. So for this part I had to build my own thermoforming machine from scratch.

Basically, i made a box with some self made pegboard on top dryerase board with holes drilled about every half inch or so because i couldn't find pegboard with small enough holes and a hole in the side for the shopvac.

My box held a 12x18 sheet of plastic, which was too small for the mold i was using. I am considering making a 24x24 thermoformer, and you should make one this size if you are going to build one for this. Anyway, what ended up happening was we used the thermoformer to get the shape close, and then used a heatgun to get the bubbles and creases out.

The mold was so big that the plastic pulled off of the board and wouldnt create a seal for the vacuum to use, so the only thing forming it was the pressure i was putting down. If you have no clue what thermoforming is, basically you heat up plastic to the point where it flexes, and in theory, you pull it down over a mold, and when the vacuum is turned on, it sucks the plastic down around the mold to create a copy of whatever you put on the machine.

I hope i can try it for real some day :P. After the plastic was formed, I tinted it using VHT Nightshades, which you can find at your local auto store. For the padding, I went to House of Foam in Palo Alto and bought a strip of foam seen in the pictures for a buck so went my budget at that point. This was on Friday, and the deadline was Monday.