Remaking the U. View the PDF of the issue. My boyfriend Jim and I were watching television in a smoky working-class bar in Cuernavaca, Mexico, that July 20, We hated being American. We were ashamed of the war in Vietnam. Our neighbors in New York were Dominicans with fresh wounds from the U.

Besides, the money spent sending a man to the moon could have better been spent on better schools and affordable housing. And yet, for that one split second, there in that bar, barely a year after the Mexicans had suffered their own tragedy at the Massacre of Tlatelolco, we were almost letting ourselves be proud of U.

It felt like being on a constant roller coaster. Liberation looked different the world on that Caribbean island. Brigade men cut cane, while the women piled, until we staged our own little rebellion. How could I possibly include all the joy and chaos and tragedy that made up the 60s? Then I reread her introduction.

I would submit that the Latin American difference is one of intensity, and that it is framed by the twin rhythms of euphoria and despair. I decided to focus on Cuba, seen mainly from the perspective of Cubans on the Island, on the occasion of the 50th anniversary of the Cuban Revolution, and on the experiences of Harvard faculty and alumni transformed by the Peace Corps, another idealistic 60s legacy.

I was despairing how to organize the remaining essays when my friend from Tufts, Jennifer Burtner, walked into my office.

I remember clearly the thirty seconds when I grew up.

Nothing I would do in the intervening years would have any real impact on the reality that was the Dominican Republic.

In that brief journey across the river, I grew up in the ways of the world. For the first time in my life, I encountered deep and chronic poverty; I came face to face with inequity and powerlessness; I saw the realities of poor education and worse health care; I discovered the meaning of marginality; I understood the legacy of colonialism.

A second growing-up moment haunts me from those years. A mother walked down from the hills, where she lived in a remote village with her two young daughters.

She asked me to take their picture; she knew her children were going to die soon and wanted something to remember them by. I thought she was probably right; the girls were stick-thin, wan, and listless. The snapshot remains crystal clear in my mind. I lived first in a small city and then in a village, and I found the lack of running water, electricity, and privacy relatively easy.

Much more difficult was coming to terms with the gap that separated my comfortable life at home from the lives of those born into poverty in a poor country. I found that my education had not prepared me for acting effectively in the world and that I was not very good even at those few activities I did undertake.

Nor could my assignment in mother-child health in any way compensate for the damage done by poverty and powerlessness.

More profoundly, I was confronted with the history of the relationship between my country and this one. I was, after all, a volunteer in a country that had, two years earlier, witnessed the invasion of 42, U. One of its 19th century presidents tried to annex the country to the United States. Marines occupied it between and Of course, there are other memories—a countryside blessed with vibrant green beauty, kind and generous people, times when differences melded into shared enjoyment of a moment.

And there was what we shared as volunteers—common anxieties, trials, tribulations, small victories, and escapes to the big city for weekends of beer and Chinese food. It was not an easy two years, but they were important ones: years when I was forced to abandon belief in facile solutions and the ease with which good could be accomplished.

Poverty, I discovered, was structural, it was pervasive, and it was deeply bound up with inequalities in power and access to basic rights. The poverty of people and countries, I saw, could not be divorced from the relations among countries, particularly poor with rich ones.

Eventually, these issues drove me to graduate school. Yet today, I continue to see the view from the bridge and remember the mother who came down from the hills with her two sickly children. 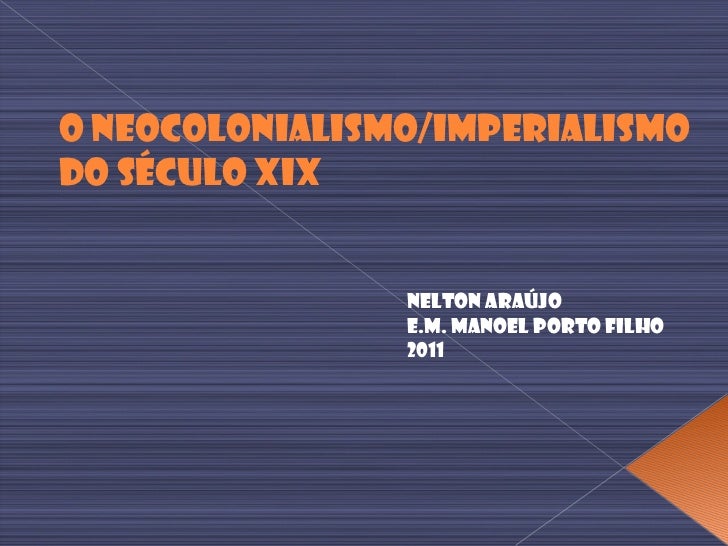 Yet I do believe it important that we know more about how they happened and that we pass along our concerns to others who, we hope, will be better prepared to make a difference than I was when I was Merilee S. She teaches about the politics of policy making and implementation in developing countries. I was a third-grade student sitting in a classroom in the peaceful splendor of the Cherry Lane School in Great Neck, New York, when we heard of the assassination of John F.

At the end of the school year, my teacher told our class that she was joining Peace Corps, the essential institution on which the President had left his mark. She said she was moving for two years to a less privileged place.

From that moment, I promised myself that someday so would I. Simply this explains my subsequent calls to service. My intention, well before I turned ten, was to come to a fuller reckoning with the world that was suddenly revealed to me. With human life apparently unraveling, I somehow felt responsible to help put it back together.

I was certain that all of us felt the same way. I admit to a childlike confusion in trying to understand why we still have failed to do so. That implies flight from reality and a sort of aspiration toward transcendence. What moved me was the opposite of that. Their cumulative effect taught us two things: the world is dangerous, and the public action of individuals matters. From those lessons flowed my own personal commitment.

I felt that I had a responsibility to help the afflicted.

I had to stand for peace and against needless aggression. I had license to challenge corrupt authority, especially when it existed in my own government. Although the end of the days of campus activism preceded my arrival at Harvard College by hardly more than months, I began my studies in feeling that light years had already passed. That year, the United States ended the military draft.

Mostly, I retreated with the rest of my peers behind a new normalcy of only apparent peace. To most of us, all the major battles had already been fought. November 22, , however, continued to resonate for me.

I firmly retained the Kennedy-generation goal of pursuing a Peace Corps stint after graduation. Somehow, I quieted my internal debate about how the same government that prosecuted the war in Vietnam would be sending me to another destination in the developing world. The difference of purpose mattered. After graduation, I accepted a job as a teacher in an elementary school in Manhattan.

Peace Corps invited me to travel to Latin America on July My father, a medical doctor, had aided my application by stating that my recently dislocated shoulder would not be a problem in the field.

For medical reasons, the military had rejected his effort to serve in World War II. I am certain he enjoyed helping me beat the system—a gesture true to our era. For two and one half months, we learned or improved our Spanish and took classes in cultivating the vegetables and grains that we were to find in our Ecuadorean highland homes. We also learned agricultural-extension techniques so we could transmit of our new knowledge.

There was no denying the oddity of our profile.

We were little more than ragged escapees from Ivy League institutions, unsatisfactory marriages, questionable job futures and student loans. We worried, at least among ourselves, about conveying what was at best superficial knowledge to people whose families had been cultivating crops in the Andes since long before recorded history.

We were voluntary actors in a peculiarly American tragicomedy about how wanting to do good—in the face of politics, economics and a history that often cried out our shame—was somehow okay. Ecuador tested our ability to improvise.

Was that guinea pig just killed for my lunch because I am truly welcome? Was sitting in the back of a pickup truck full of cilantro the easiest way to travel into town? For the pleasure of smelling like soup for a week, of course.

I embraced it all, accepting my Ecuadorean neighbors and co-workers as my teachers, while I worked hard to figure out how I could be useful to them. I rebelled against the notion that I, as the tallest, whitest, most novel person for miles around possessed a higher truth than anyone else. With a queer sort of satisfaction, I began to prove my mere humanity to dramatic effect when, on my first Christmas day in Ecuador, I dropped out of a road race not a minute beyond the starting line as I desperately gasped for oxygen running up a gentle slope in the high mountain air.

I learned to value, above all else, interpersonal relationships. I learned to live modestly and to cherish small amenities like a latrine with a curtain, a warm poncho, and potatoes with a sprinkling of salt.

We had no electricity; we had no running water in our homes: it was where I wanted to be. Now nearly 30 years later, I think that regarding my side of the bargain, at least I did them no harm.

At first, something in me was seeking a Thoreauvian idyll. I had every intention to move out of my pre-arranged residence and into a Walden-like self-sufficiency as soon as I had landed there.

Communicating with the dead through writing a book

Mysteriously, however, every time I set out to find a vacant house in the village, neighbors told me the houses were structurally unsound or that the owners were soon to return. I learned months later that I was being closely watched. They would not let me live alone to perpetrate who-knew-what on a suspecting population. Concerned that my slight knowledge of agricultural practices combined with a seven-month drought that coincided with my arrival would do no one much good, I took quickly to visiting the village school, a two-minute walk from my dwelling.

All I can say is that my third graders—previously taught through memorization—became an increasingly animated lot amidst the aura we created together in our snug classroom.

We sang and we acted. Together we learned the history of Ecuador and mastered elementary-school writing in Spanish. We figured out the designated science and arithmetic curriculum handed down from Quito. 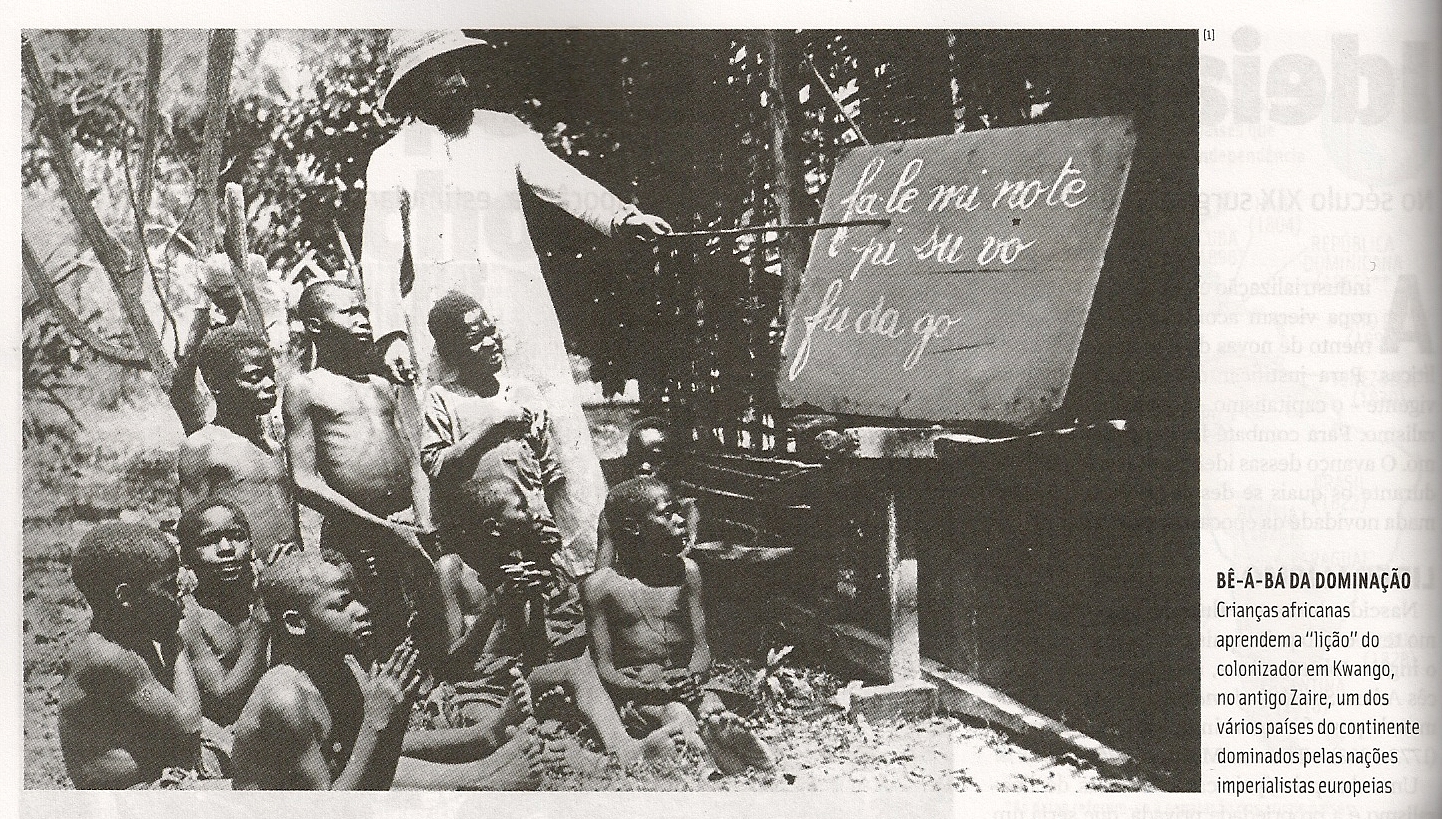