She'd spent all morning doing catch-up work for school. Skipping classes on a regular basis to save the world from monsters and rogue Greek gods was seriously messing up her GPA. Then she'd turned down a movie with her boyfriend, Percy, and some of their friends so she could try out for a summer internship at a local architecture firm. Unfortunately, her brain had been mush. She was pretty sure she'd flubbed the interview.

The Staff of Serapis

Finally, around four in the afternoon, she'd trudged through Washington Square Park on her way to the subway station and stepped in a fresh pile of cow manure. The other pedestrians gave her funny looks, but Annabeth didn't care.

She was tired of the goddess's practical jokes. Annabeth had done so many quests for Hera, but still the Queen of Heaven left presents from her sacred animal right where Annabeth could step in them. The goddess must have had a herd of stealth cows patrolling Manhattan. By the time Annabeth made it to the West Fourth Street station, she was cranky and exhausted and just wanted to catch the F train uptown to Percy's place. It was too late for the movie, but maybe they could get dinner or something.

Annabeth had seen some crazy stuff before, but this beastie definitely made her "What Were the Gods Thinking? It looked like a lion and a wolf lashed together, wedged butt-first into a hermit crab shell. The shell itself was a rough brown spiral, like a waffle cone — about six feet long with a jagged seam down the middle, as if it had been cracked in half, then glued back together.

Sprouting from the top were the forelegs and head of a grey wolf on the left, a golden-maned lion on the right. The two animals didn't look happy about sharing a shell.

They dragged it behind them down the platform, weaving left and right as they tried to pull in different directions. They snarled at one another in irritation. Then both of them froze and sniffed the air. 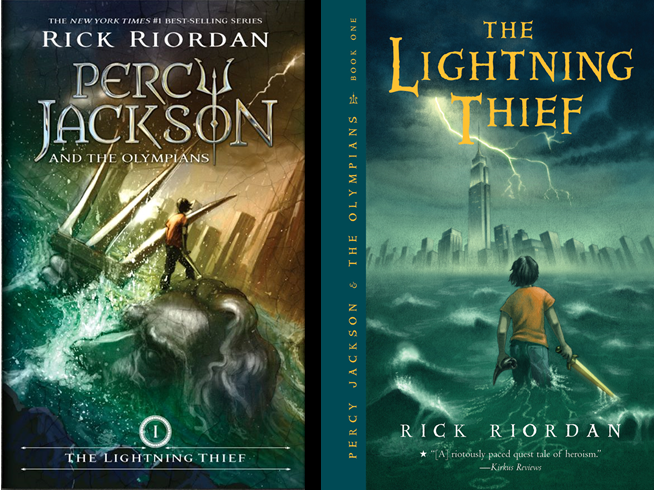 Commuters streamed past. Most maneuvered around the monster and ignored it. Others just frowned or looked annoyed. Annabeth had seen the Mist in action many times before, but she was always amazed by how the magical veil could distort mortal vision, making even the fiercest monster look like something explainable — a stray dog, or maybe a homeless person wrapped in a sleeping bag.

The Staff of Serapis

Before Annabeth could decide what to do, both heads turned and glared directly at her. Annabeth's hand went for her knife. Then she remembered she didn't have one. At the moment, her most deadly weapon was her backpack, which was loaded with heavy architecture books from the public library. Taking on a lion-wolf-crab in the middle of a crowded subway station wasn't her first choice, but, if she had to, she would.

The Staff of Serapis by Rick Riordan

She was a child of Athena. The lion and wolf heads bared their fangs. Then the floor rumbled. Air rushed through the tunnel as a train arrived. The monster snarled at Annabeth. She could've sworn it had a look of regret in its eyes, as if thinking, I would love to rip you to tiny pieces, but I have business elsewhere.

Then Crabby turned and bounded off, dragging its huge shell behind. It disappeared up the stairs, heading for the A train. For a moment, Annabeth was too stunned to move. She'd rarely seen a monster leave a demigod alone like that.

Given the chance, monsters almost always attacked. If this two-headed hermit crab had something more important to do than kill her, Annabeth wanted to know what it was. She couldn't just let the monster go, pursuing its nefarious plans and riding public transportation for free.

She glanced wistfully at the F train that would've taken her uptown to Percy's place. Then she ran up the stairs after the monster. Annabeth jumped on board just as the doors were closing. The train pulled away from the platform and plunged into darkness. Overhead lights flickered. Commuters rocked back and forth.

Every seat was filled. A dozen more passengers stood, swaying as they clung to the handrails and poles. The wolf-lion-crab was pushing its way forward, snarling at the mortals, but the commuters just acted regular-New-York-subway annoyed. Maybe they saw the monster as a random drunk guy.

As Crabby pried open the doors to the next car and clambered through, Annabeth noticed its shell was glowing faintly. Had it been doing that before? Around the monster swirled red neon symbols—Greek letters, astrological signs and picture writing.

Egyptian hieroglyphs. A chill spread between Annabeth's shoulder blades. She remembered something Percy had told her a few weeks ago — about an encounter he'd had that seemed so impossible she'd assumed he was joking.

The creature's shell was definitely glowing brighter now. As Annabeth got closer, she started to get nauseous. She felt a warm tugging sensation in her gut, as if she had a fishhook in her belly button, pulling her towards the monster.

Annabeth tried to steady her nerves.

She had devoted her life to studying Ancient Greek spirits, beasts and daimons. Knowledge was her most important weapon. But this two-headed crab thing—she had no frame of reference for it.

Her internal compass was spinning uselessly. She wished she had backup. She had her cellphone, but, even if she could get reception in the tunnel, whom would she call?

Amazing book is not on fire barnes and noble

By the time Annabeth caught up with it in the next car, the monster's aura was so strong that even the mortals had started to notice. Many gagged and hunched over in their seats, as if someone had opened a locker full of spoiled lunches.

Others fainted onto the floor. Annabeth felt so queasy she wanted to retreat, but the fishhook sensation kept tugging at her navel, reeling her towards the monster. The train rattled into the Fulton Street station. As soon as the doors opened, every commuter who was still conscious stumbled out. Crabby's wolf head snapped at one lady, catching her bag in its teeth as she tried to flee. Then it threw back its heads and roared in harmony.

The sound hit Annabeth like an ice pick between the eyes. The windows of the train shattered. Mortals who had passed out were startled back to consciousness. Some managed to crawl out of the doors. Others tumbled through broken windows.

Through blurred vision, Annabeth saw the monster crouched on its mismatched forearms, ready to pounce. Time slowed. She was dimly aware of the shattered doors closing, the now-empty train pulling out of the station. Had the conductor not realized what was happening?

Was the train running on autopilot? Only ten feet away from it now, Annabeth noticed new details about the monster. Its red aura seemed brightest along the seam in its shell. Glowing Greek letters and Egyptian hieroglyphs spewed out like volcanic gas from a deep-sea fissure.

The lion's left forearm was shaved at the wrist, tattooed with a series of small black stripes.

Annabeth gripped the strap of her backpack. She was ready to swing it at the monster, but it wouldn't make much of a weapon. Instead, she relied on her usual tactic when facing a stronger enemy. She started talking. You've been fused together?